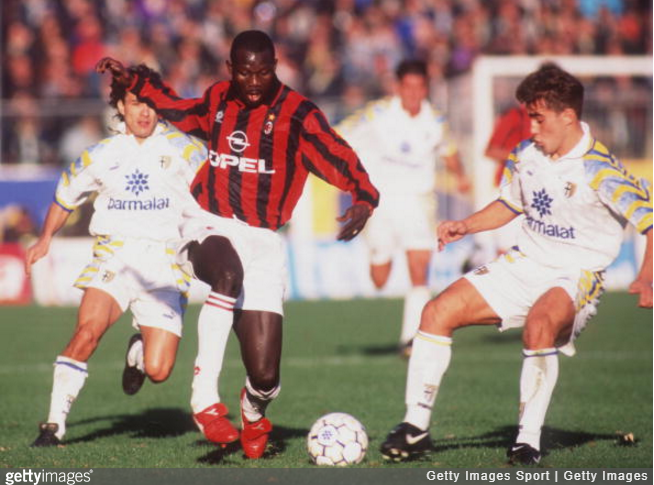 Exactly 21 years ago this very day, George Weah scored the goal that would ultimately come, rightly or wrongly, to define his stellar career.

Milan spanked Hellas Verona at the San Siro on the opening day of the 1996/97 Serie A season, though the match is now widely remembered for one thing and one thing only – Weah’s famous ‘coast to coast’ goal, the third in an emphatic 4-1 victory.

After winning the Ballon d’Or the season before, Weah went on to score 13 goals in 28 appearances over the course of a largely disappointing campaign for Milan, who struggled in the wake of erstwhile coach Fabio Capello’s departure to Real Madrid.

Despite boasting a dazzling squad containing the likes of Roberto Baggio, Dejan Savicevic, Paolo Maldini, Marcel Desailly, Zvonimir Boban and Franco Baresi which was further bolstered by new signings Michael Reiziger, Christoph Dugarry and Edgar Davids, the Rossoneri could only manage an limp eighth-placed finish as Juventus romped to the Scudetto title.