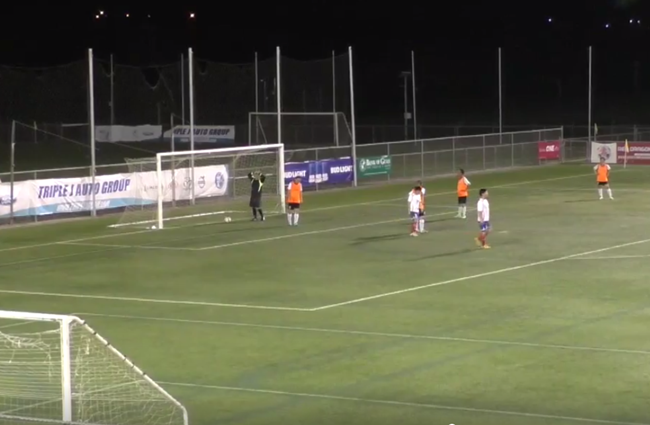 Laughing in the face of the potential nuclear threat of North Korea, the second tier of Guam’s Budweiser Soccer League kicked off on Wednesday evening, with all eyes focused on the clash of the titans between Hyundai Family FC and United Masters.

Hyundai Masters eventually coasted to an 11-1 win, and that’s not overly surprising considering the absolute gifts being laid on by the United Masters goalkeeper…

In attempting to stop himself running the ball out for a corner, the ‘keeper simply opted instead to chuck the ball directly to the opposing striker, six yards out from goal with an empty net to aim at.

With the application of hindsight, that probably wasn’t the right call.

Both divisions of the Guam league boast some seriously stellar team names, with the likes of FC Beercelona and Sidekicks FC going toe to toe with the Crushers and the wonderfully implosive Pago Bay Disasters.

We should also give nods to the Boonie Dawgs, Big Blue Masters and the BOG Strykers but Pies’ undoubted new favourite team are the Quality Distributors FC.