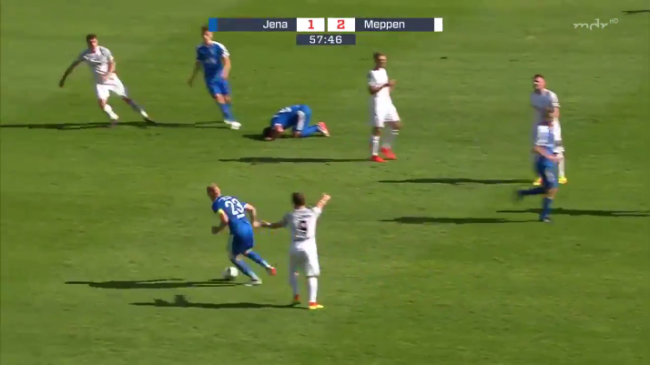 Good sportsmanship took a momentary breather down in the German third tier on Saturday afternoon, specifically mid-way through the second half of Carl Zeiss Jena’s match against SV Meppen.

At the epicentre of the furore was Jena midfielder Soren Eismann, who ruthlessly exploited ‘fair play’ protocol to score his side’s first goal.

With a Jena player down injured, Meppen captain Nico Granatowski stopped playing to allow his opponent to receive treatment.

However, before the referee to sound his whistle, Eismann seized his opportunity to pounce…

Just to grind a handful of coarse sea salt into Meppen’s weeping wound, Eismann then struck again in the 87th minute to salvage a late draw.