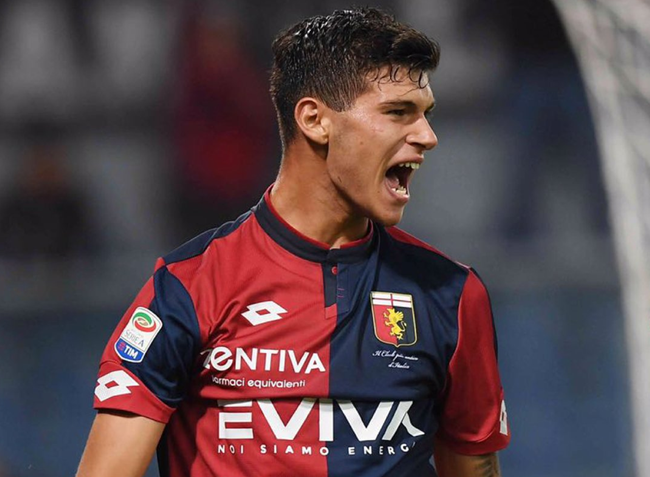 History was made in Serie A on Sunday afternoon when Pietro Pellegri, at the tender age of 16 years and 184 days, scored both of Genoa’s goals in a 3-2 home defeat against Lazio.

Despite the result, Pellegri became the youngest ever play to score two goals in one game in the entire history of Italian football.

He also achieved this feat in front of his father, Marco Pellegri, who wept with pride as he watched his boy enter the record books from the dugout at the Stadio Luigi Ferraris.

Skip to the 2:30 mark on this video to see the waterworks…

16 y/o Pietro Pellegri scored a brace today for Genoa & is shown images of his father breaking down on sideline: https://t.co/AqG7ydkQMv

Astonishingly, Pellegri actually scored his first senior goal for Genoa back in April, when he found the net against Roma just one month after his 16th birthday.

Pies can’t quite recall what we were doing one month after our 16th birthday, but it definitely didn’t include scoring in a major European football league.