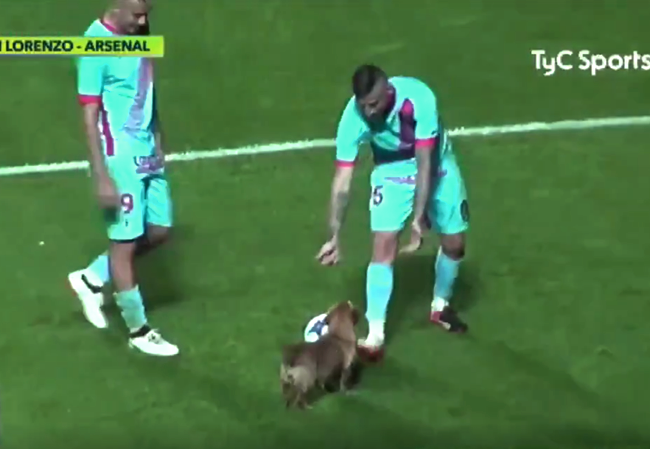 San Lorenzo’s narrow 1-0 victory over Arsenal di Sarandi in the Argentinian Superliga will live long in the memories of those fortunate enough to watch it.

This was because the game played host to what might just rank as the most adorable pitch invasion ever.

During the second half, a small sausage-ish dog came bounding onto the pitch, stole the ball and then continued to evade capture in the cutest manner imaginable…

What’s more, after his terrier-like cameo in midfield, the canine interloper was invited into the tunnel to perform his very own post-match interview, during which he attempted to eat the microphone.