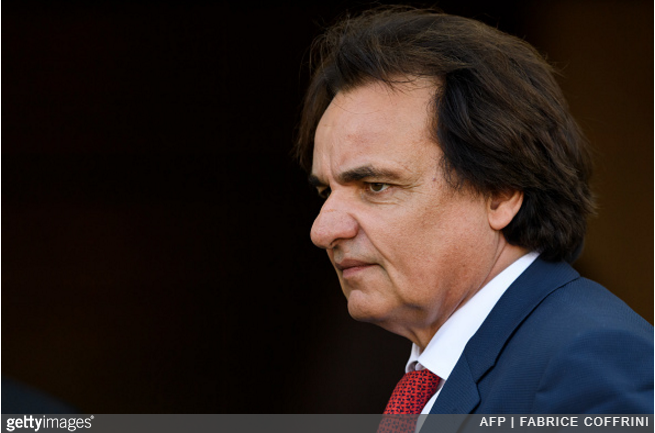 A minor storm has whipped up over in the Swiss top flight where Sion club president Christian Constantin stands accused of thrashing the living daylights out of a television pundit directly after a match.

Sion beat Lugano 2-1 in the Super League and but that didn’t prevent Constantin taking out his frustrations on Rolf Fringer, the former Switzerland national team boss who now works as an analyst for Teleclub.

The grainy video may only show a single slap from Constantin, but Fringer later described the full extent of the attack to Swiss newspaper Blick:

At first his (Constantin’s) son came over and then him. He gave me three or four punches.

I held my microphone, I did not stop. I thought, it must not be true!

Constantin was apparently incensed by criticism Fringer had levelled at him during a recent show.

In the broadcast from Lugano, I said nothing especially about him. In last week’s shows, I certainly criticised his leadership style one time or another, but always in an objective context.

The 60-year-old Austrian, who also coached several Swiss club sides during his managerial career, continued to recount the incident:

Suddenly, Constantin called out to me. I turned around and already the first blow had landed in the middle of my face.

A few more strikes followed. I turned and wanted to escape, but I stumbled over the camera. I fell over on the ground.

Then there was still a kick in the butt, in the back. So, really unbelievable!

Constantin, also 60, subsequently offered his account of the violent outburst – an explanation Bild refer to as “real Swiss cheese”, i.e. full of holes:

Fringer has attacked me this week verbally and criticised me. I’ve settled that with him. I grabbed him and kicked him in the ass.

It feels good. It wasn’t subtle, but if you are attacked, you can’t stop.

As per the Blick report, Fringer is considering filing criminal charges against Constantin, but added that he wishes to analyse the ordeal “in peace” before taking any further action.

Whether his employers, Teleclub, feel quite so placid about the whole thing remains to be seen.