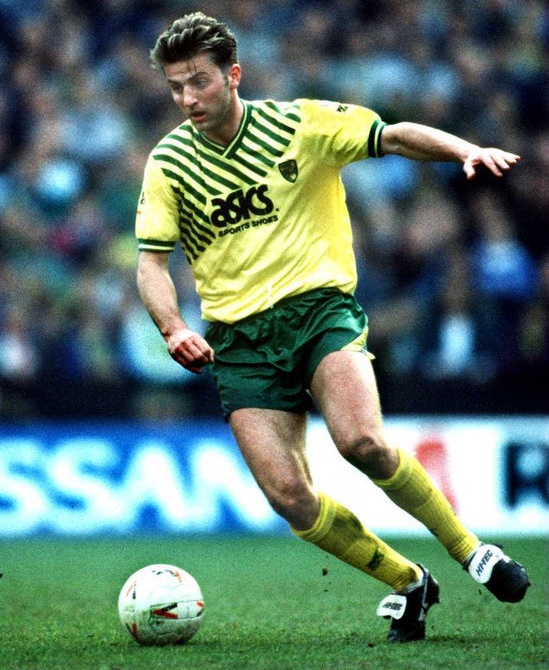 He may possess the managerial acumen of a Maris Piper, but Tim Sherwood was a perfectly decent central midfielder in his day – as his three England caps duly attest.

In fact, back in 1999, Sherwood became the first player to be given an international debut during Kevin Keegan’s tenure when, aged 30, he turned out for the Three Lions in a 3-1 win over Poland in a Euro 2000 qualifier at Wembley.

However, his serviceable reputation certainly wasn’t centred around a keen eye for goal, with Sherwood averaging roughly three or four goals per season in all of the Premier League campaigns leading up to his England nod. Not bad by any stretch, but not particularly great either.

To be honest, his predatory instinct (or lack thereof) was fairly evident from a young age…

Oh Timmy. That left arm was already celebrating before the horrible realisation set in. No wonder that No.9 shirt was taken away with haste.

Norwich versus Bristol City in the third round of the FA Cup, January 1991, if you were wondering.