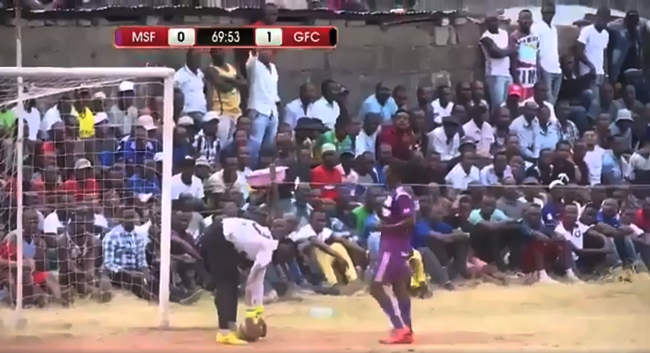 With his side leading 1-0 and 20 minutes left to play, one Tanzanian goalkeeper decided that a bit of cocky time-wasting was in order.

After parrying a powerful freekick, the stopper began toying with the opposing striker by waiting until the last moment to pick the ball up.

Alas, the striker’s reactions were just that split-second faster…

Sometimes you concede the goals you deserve to concede.

On a separate note, we love that crowd reaction!