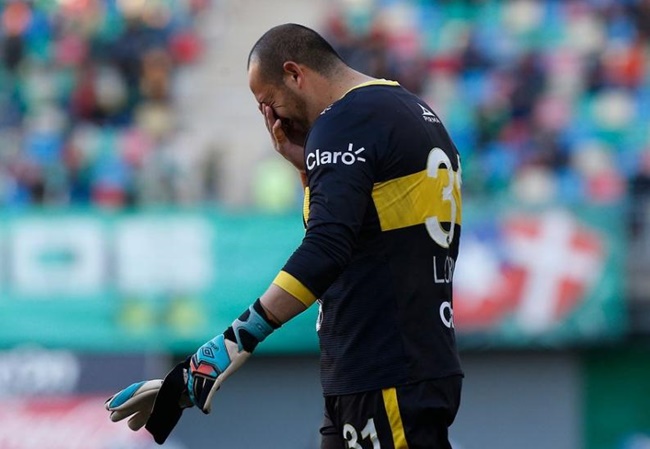 Everton de Vila found themselves on the wrong end of a 3-0 defeat when they travelled to Audax Italiano in the Chilean Primera Division a few days ago.

The away side were already a goal behind when, shortly before half-time, veteran goalkeeper Eduardo Lobos (a sheep in wolf’s clothing) dropped an industrial-sized clanger to let a second goal slip in calamitous circumstances.

Exchanging a simple pass with his left-back, Lobos miscontrolled the return ball, let it run under his boot and directly into the path of Audax striker Sergio Santos, who took grateful receipt of his gift before smashing it over the goal-line…

Eight weeks into the campaign and Lobos’ horrendous ricket has already been hailed ‘The Grand Error of the Season‘ by the Chilean press.

It’ll take some beating, that’s for sure.