Scotland’s hopes of making it to next summer’s World Cup finals remain well and truly alive after a dramatic late victory against Slovakia at Hampden Park.

The hosts started well and were boosted on 23 minutes, when Slovak midfielder Robert Mak picked up a second yellow after diving in the box.

However, Scotland would struggle to make the breakthrough, despite seeing both Leigh Griffiths and Chris Martin hit the frame of the goal.

With Martin Dubravka superb in goal for the visitors, foiling Christophe Berra, Griffiths and James Morrison, the game looked to be headed for a frustrating draw for the Scots.

Then, at the death, Scotland produced one more attack, with Ikechi Anya’s cross put into his own net by the unfortunate Martin Skrtel.

That goal would hand the Scots a vital victory, which sees them go second in Group F behind England, with a win against Slovenia at the weekend assuring Strachan and co. of a play-off place. 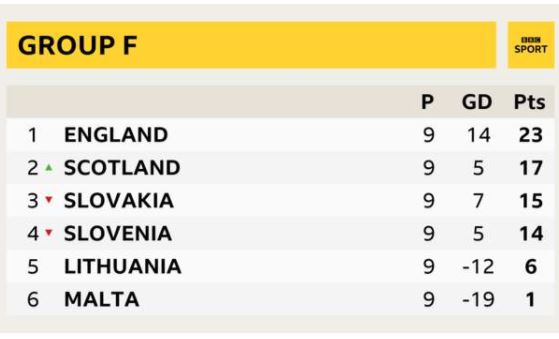