The Netherlands are on the brink of missing out on next summer’s World Cup finals, despite winning 3-1 in Belarus on Saturday.

With Group A rivals Sweden and France also winning, against Luxembourg and Bulgaria respectively, the Dutch now find themselves third in the group, three points behind second-placed Sweden, with just one game left to play.

Sweden enjoyed an 8-0 goal-fest against the perennial minnows of Luxembourg, with Marcus Berg netting four, a result which left Dick Advocaat with egg on his face – with the Dutch boss dismissing the possibility of the Swedes winning by that very scoreline during a recent interview.

Advocaat had responded to the suggestion that rivals Sweden could beat Luxembourg 8-0 and thus rack up a potentially pivotal goal difference by saying:

Here are Advocaat’s comments, hilariously inter-cut with all eight of Sweden’s goals…

Alas for the Dutch, they are now all but out of the running for a play-off place, facing the Swedes on Tuesday three points behind and with a goal difference a whopping 12 goals behind.

Therefore, the once mighty Oranje are set to miss out on a second consecutive major finals. Quite a fall from grace for the European heavyweights.

Group leaders France, who beat Bulgaria via a Blaise Matuidi goal, face Belarus on Tuesday with a win securing their first place in the group. 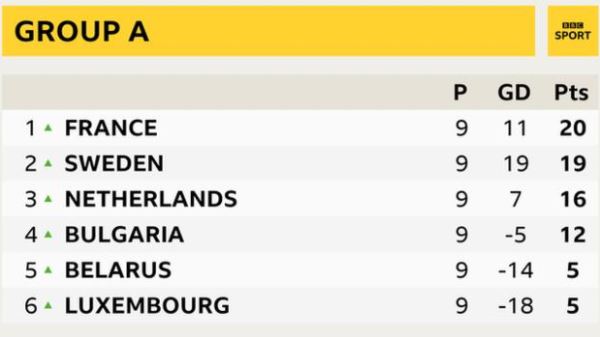