A disappointing 2-2 draw away to Slovenia ended Scotland’s hopes of making it to Russia next summer.

Needing a victory to secure a play-off place in Group F, the Scots took the lead on 32 minutes, via a volley from Leigh Griffiths.

However, soon after the break, Slovenia leveled the scores when sub Roman Bezjak heading home from a free-kick.

Bezjak then forced Craig Gordon into a save before putting the hosts ahead on 72 minutes after some weak defending from the visitors.

The Scots rallied and a late Robert Snodgrass equaliser late on gave them hope of nabbing a dramatic win.

Slovenian captain Bostjan Cesar saw red at the death, however, Scotland couldn’t get that all-important winner.

The draw sees Scotland fail to make the play-offs due to their inferior goal difference to second-placed Slovakia, with 1998 the last time the Tartan Army found themselves at a World Cup finals. 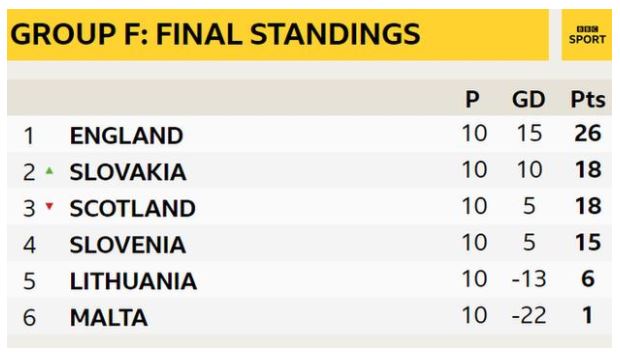