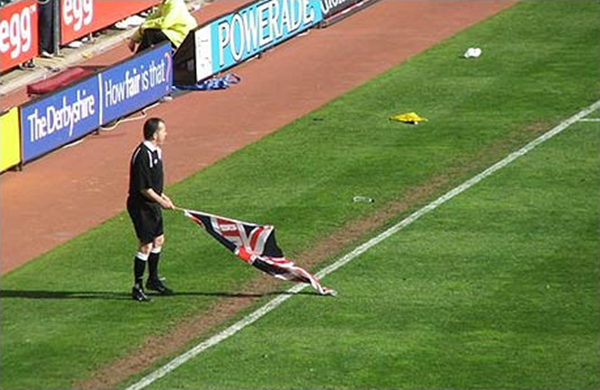 Let’s face it, we’ve all been there: diligently running the line at a football match only for your standard issue fluorescent flag to disassemble itself into its component parts, right in your hand.

That’s exactly the fate that befell the assistant referee on duty for the charity match staged between Derby County and Rangers at Pride Park in 2006, though thankfully a member of the travelling support was able to supply the flag-less official with a suitable replacement…

Other than it being three times the size and a Union Jack, you can hardly notice the difference.

The match in question was actually a benefit game for former Rangers and Derby winger Ted ‘The Tin Man’ McMinn, who had to have his right leg amputated the previous year after contracting an infection in his foot.