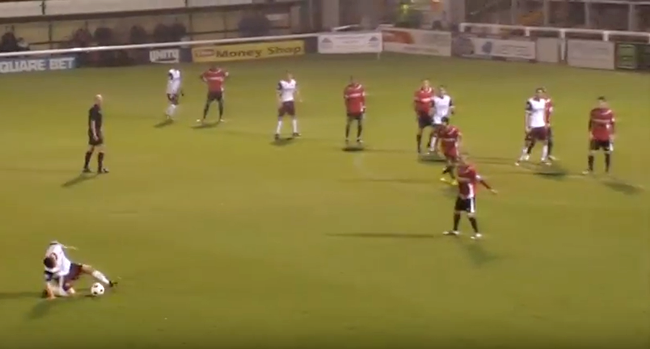 On a biting November night in deepest, darkest Middlesex, poor old Chelmsford City fell to a disheartening 3-0 defeat to Hayes & Yeading in what was the old Blue Square South division back in 2012.

Alas, the unmitigated misery was at least partially self-inflicted too, with Chelmsford demonstrating a free-kick delivery so bad that it ultimately saw them concede a goal almost instantly in the confusion that ensued. 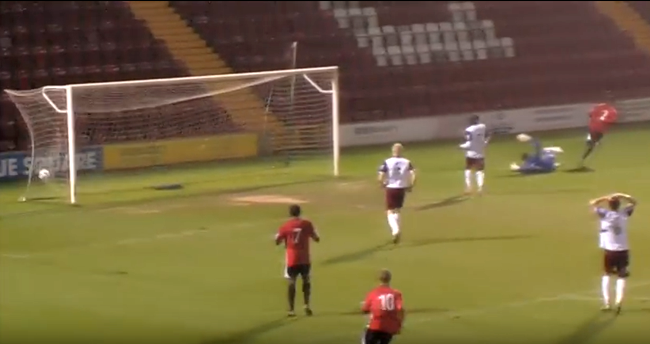 15 seconds later, it’s in the back of their net… (Image: Hayes & Yeading United/Youtube)

With a dead ball stationed around 20 yards from the edge of the Hayes & Yeading box, big No.6 Sam Corcoran prepared to lump one into the mixer.

Unfortunately for Chelmsford’s resident set-piece expert, Corcoran hesitated during his run-up causing him to slip awkwardly, touch the ball with a flailing knee and then watch on hopelessly as Hayes scored within 15 short seconds of his decidedly ungraceful ricket…

Why oh why didn’t Corcoran just hump the ball straight out of play and take the booking?