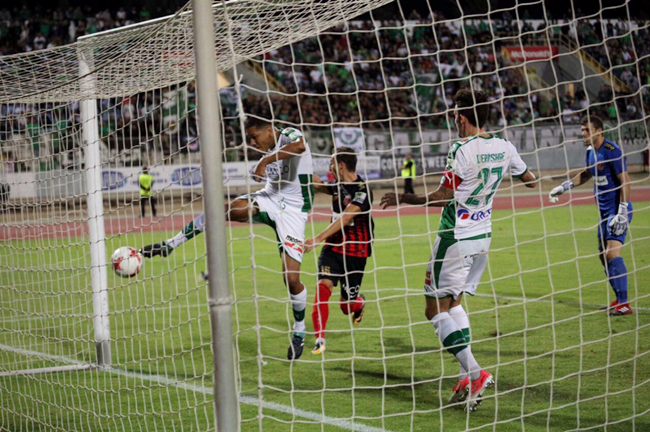 AC Omonoia suffered a shock 2-1 defeat against little old Ermis Aradippou in the Cypriot 1. Division on Sunday evening to further derail what is proving to be a slap-dash start to the season for the former.

After falling behind in the 14th minute, Omonoia pulled a goal back just before half-time when Hedwiges Maduro (formerly of the Dutch national side) stuck one away.

The visitors should have then taken the lead in the second half only to see their top goalscorer, Matt Derbyshire, burst past the Ermis goalkeeper only to somehow fail to put the resulting open-goal sitter away…

The fact that Derbyshire ended up heading the ball backwards away from goal probably tells you all you need to know.

As a result, Omonoia continue to languish down in 9th place (of 14), already seven points behind league leaders Anorthosis with just six games played.