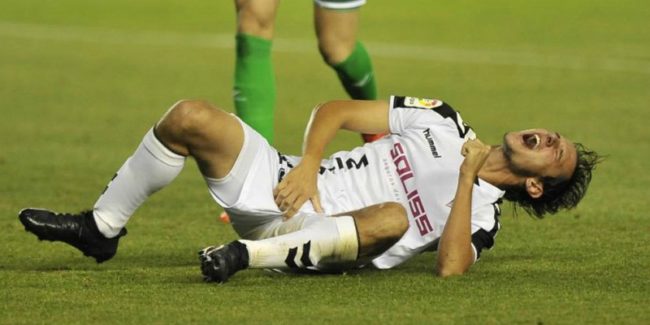 If you think you had a rough Sunday nursing that cream liqueur hangover then spare a thought for Albacete defender Mariano Bittolo, for he definitely had it worse.

There’s no easy way to say this: Poor old Bittolo was left requiring stitches in a penis wound after having his cobblers gashed by a teammate’s flailing studs.

The incident came during the latter stages of Albacete’s 0-0 draw against Huesca on Sunday evening, with Bittolo left in a crumpled heap following an accidental collision with Roman Zozulya while defending a corner…

Albacete’s club doctor Eduardo Rodriguez later confirmed to MARCA that Bittolo required ten stitches to close the laceration though, rather surprisingly, the wing-back is not expected to miss any further games.