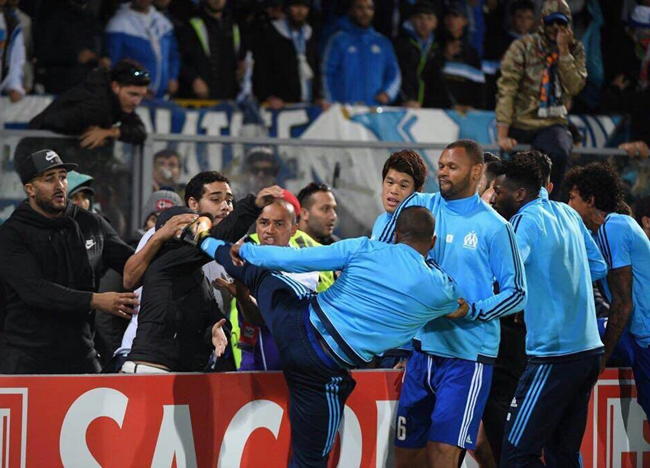 Patrice Evra was sent off before the start of Marseille’s Europa League clash with Vitoria Guimaraes on Thursday after kicking out, Eric Cantona-style at a fan.

The former France and Manchester United full-back got into an altercation with a Marseille fan during the pre-match warm-up in Portugal.

A group of fans were reportedly booing and harrassing Evra during the warm-up, which prompted the player to go over and, initially, talk to the supporters in question.

However, things escalated quickly to the point of violence, with the 36-year-old defender launching a high kung-fu kick at the fellow who appeared to hit him on the head.

Patrice Evra appears to have kicked a Marseille supporter, after some kind of altercation. pic.twitter.com/0ktKpVpdMG

Evra was duly sent off by the referee, thus becoming the first-ever player to see red before the start of a Europa League game in the entire history of the competition.

What is it with irascible Frenchmen with Manchester United connections?

Expect UEFA to come down heavily on Evra.