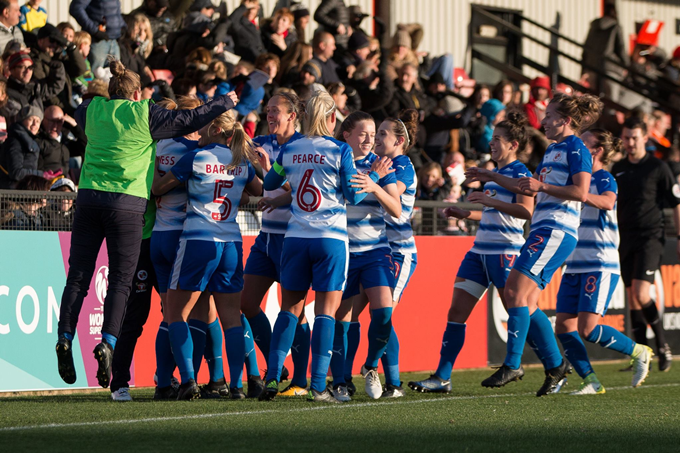 Fara Williams did an impressive number on her old side after scoring twice in Reading’s 2-1 Women’s Super League Cup win over Arsenal on Sunday afternoon.

Williams opened the scoring in the first half, only to see Beth Mead restore parity for the Gunners just after the hour mark.

However, from the ensuing restart, Williams once again hauled the away side into the lead with a stunning goal humped in directly from the centre spot…

The direct approach. No messing around.

Williams’ brace of goals at Meadow Park were her fourth and fifth in six appearances since joining Reading from Arsenal back in August.