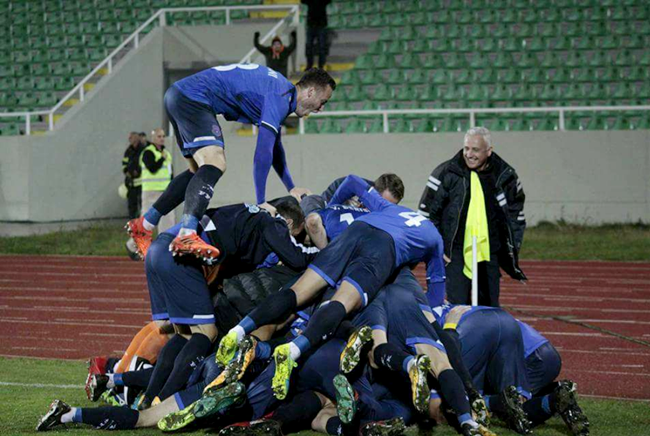 While it’s easy to grow despondent, borderline catatonic when it comes to international football, it would appear that there are still countries out there who actually ruddy enjoy themselves when it comes to chugging through friendlies.

Kosovo only registered as a FIFA nation in May of 2016, so all this is still pretty new to them. The fug hasn’t set in yet.

The Dardanians’ qualifying campaign for the 2018 World Cup wasn’t much of a success, and consisted of one draw against Finland followed by nine-straight defeats.

However, their losing streak came to a dramatic half on Monday night when Latvia descended upon the Stadiumi Olimpik Adem Jashari in Mitrovica for a friendly.

Having wrestled back to 3-3 in the 86th minute, Kosovo went and pinched a remarkable winner in stoppage time to secure themselves a famous, historic win.

The result was Kosovo log only their second official win as a FIFA-recognised nation, the first being a 2-0 friendly win over the Faroe Islands mere days after getting the green light to compete from football’s governing body.