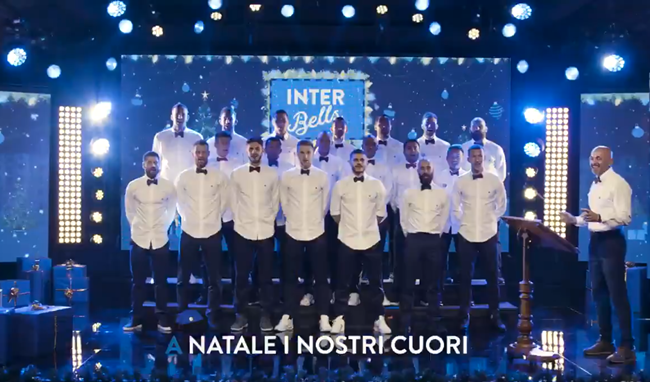 In an attempt to spread a bit of festive cheer about the place, Inter Milan have buddied together to record a special Christmas song for their fans.

The ditty is a take on that old festive staple ‘Jingle Bells’, which the Nerrazzuri have imaginatively reworked as ‘Inter Bells’ with Mauro Icardi, Ivan Perisic and even Javier Zanetti getting in on the seasonal action…

Joy to the world.

Inter are also inviting supporters to ‘join their choir’ at the Stadio Guiseppe Meazza on 16th December to help belt out Christmas carols during their final home match before Christmas, against Udinese.