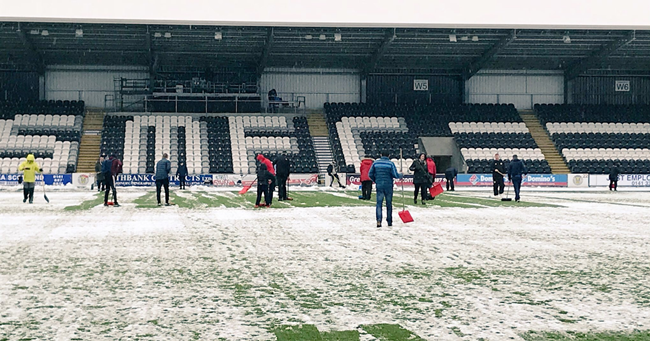 It took an awful lot of effort but Friday evening’s Scottish Championship tie between St Mirren and Dundee United was eventually able to go ahead despite a blanket of freshly-driven snow enveloping the Paisley Stadium the morning before kick-off.

After sitting through a goalless first half, the two sets of fans decided to keep themselves engaged during the interval by staging an impromptu snowball fight across the corner of the ground…

A couple of efforts were even launched in the general direction of ex-St Mirren manager Alex Rae, who was working as a pundit up in the TV cabin…

The home side went on to register a 2-0 victory but, as ever, it would seem that the real score was settled in the terraces using fistfuls of wet slush-mush.