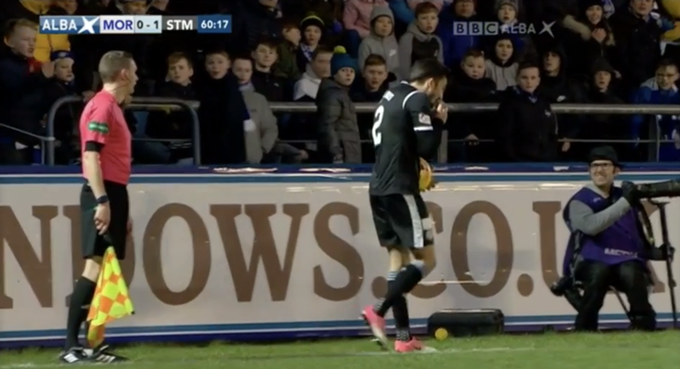 Never one to pass up on complimentary confectionery, St Mirren left-back Stelios Demetriou was unperturbed when he felt an errant chocolate bar hit him during Tuesday night’s derby against Greenock Morton.

As the Cypriot defender prepared to take a throw-in, a Bounty bar was hurled from the stands that clonked him right on the shoulder.

However, after quite literally shrugging off the bombardment, Demetrious opted for the ‘waste not, want not’ approach by unwrapping the coconut treat and taking a massive bite…

Eating a bounty after being hit in the back with it, Scottish fitba 👏 pic.twitter.com/S96w55R3ic

‘Never turn down free chocolate, even if it’s being pelted violently at you,’ as Mama Pies always used to say.

The Renfrewshire derby went onto to finish 1-1, with an 80th-minute equaliser from Greenock’s Thomas O’Ware ensuring the encounter ended in stalemate.