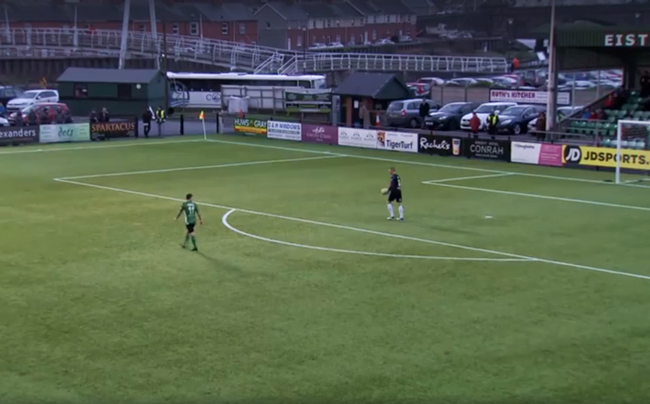 Unlikely as it may sound, Carmarthen Town’s goalkeeper was the man to score the first Welsh Premier League goal of 2018.

The goal came on New Year’s day, when Carmarthen (currently bottom of the table) travelled to Aberystwyth in desperate search of points.

After thwarting an early attack, Carmarthen stopper Lee Idzi launched the ball upfield only to see his monstrous punt go bouncing over his opposing number’s head and underneath the crossbar…

After Idzi opened the scoring, the visitors went on to clinch a much-needed 2-1 victory to move within three points of second bottom Prestatyn and five points behind Aberystwyth, who are hovering just outside the drop zone.