A group of Brentford fans paid to allow their friend VIP access to the Bees’ Championship tie against Bolton on Saturday as part of his stag do surprise.

Unfortunately for him, the mischievous ragamuffins cobbled together £130 to book their buddy a Junior Matchday Experience at Griffin Park, which would see him take to the pitch as an official player mascot, aged 40. 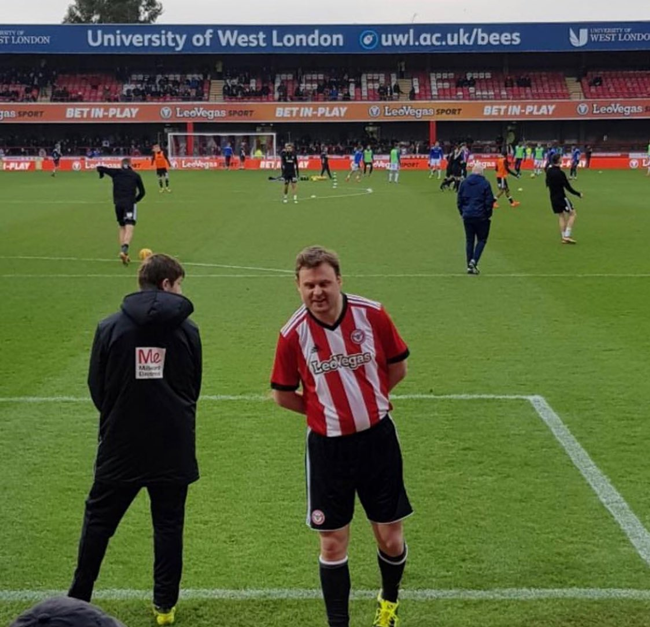 As such, the Brentford player escort was made to wander around the pitch, sheepishly mingling with his much younger cohorts before kick-off.

Just to top it all off, it later emerged that the poor chap doesn’t even support Brentford either. In fact, he’s a Wolves fan.