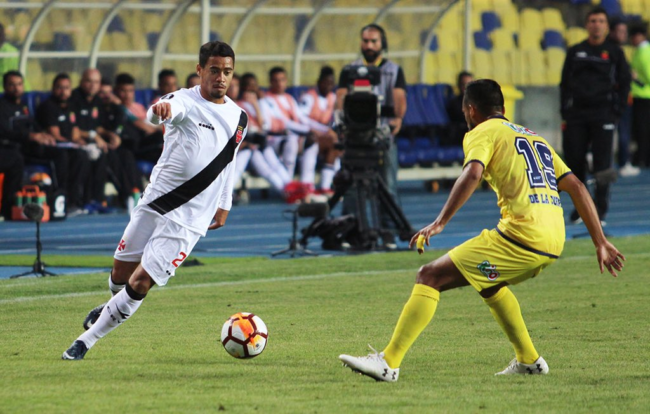 Pikachu keeps his eye on the Pokeball (Photo: @VascodaGama/Twitter)

There were historic scenes in the Copa Libertadores on Wednesday night as the second round tie between Vasco da Gama and Universidad da Concepcion saw a honest-to-goodness real life Pokemon play in the tournament for the very first time.

Glaybson Yago Souza Lisboa, known to his chums as ‘Pikachu’, made his Copa Libertadores debut for Vasco, scoring the Brazilian side’s third goal in a comprehensive 4-0 victory over their Chilean opponents…

Honestly, he’s a little taller and a lot less yellow than we remember, but it’s nice to see Pika doing so well for himself after severing his ties with Ash and ploughing his own furrow.

Apparently, the 25-year-old right-back decided to officially register his professional name as ‘Yago Pikachu’ because he was obsessed with Pokemon as a kid. That’s all there is to it. It’s really that simple.

As for the tie, the two teams are set to meet again for the second leg in Rio de Janeiro in a week’s time.