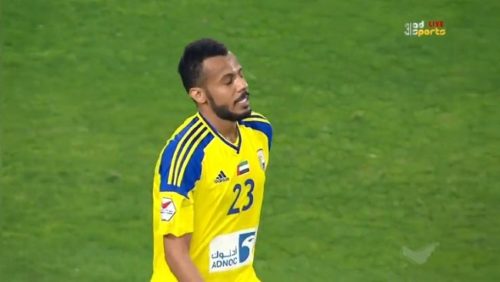 With Al Jazira on the attack, the hosts’ attacker failed to adequately control a pass.

However, rather than pick up the loose ball or at least bang it into touch, instead defender Yasser Abdullah inadvertently produced a rocket of a finish which flew into the top-corner of his own net.

Quite a strike! And quite a superb reaction from the commentator. Although let’s hope poor old Yasser Abdullah can see see the funny side of it all himself.

The game would end in a 3-1 victory for home side Al-Jazira, with that magnificent strike the best of the game.

We doubt we’ll see a better struck OG this season. If there’s such a thing as an own-golazo, this is it!