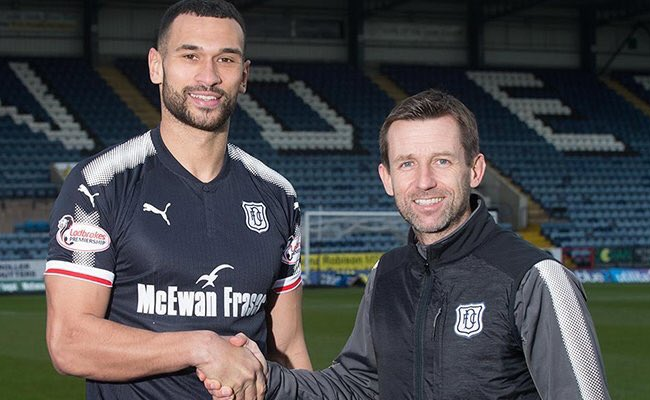 Having only signed for the club six days ago, Steven Caulker got his Dundee career off to a flying start by scoring on his debut on Tuesday night.

Unfortunately, the Dee eventually ended up on the wrong end of a 3-2 defeat against Kilmarnock at Rugby Park, but Caulker was still able to celebrate a small personal victory after hauling himself back from the brink.

55′ – IT’S A TOWERING HEADER FROM STEVEN CAULKER THAT GIVES DUNDEE THE LEAD. 1-2 #thedee

Caulker’s goal was classic centre-half fare, the former England international steaming in at the near post to arrow a header past Jamie MacDonald in the Killie goal…

As you may know, Caulker recently opened up about the private hell his life had become over the past few years while struggling with bouts of deep depression and suicidal thoughts brought on by a chronic spiral of gambling and alcohol addiction.

Here’s hoping the move to Dens Park proves to be the rejuvenating career kickstart he so desperately craves. He’s still only 26, after all.

The early signs are certainly promising.