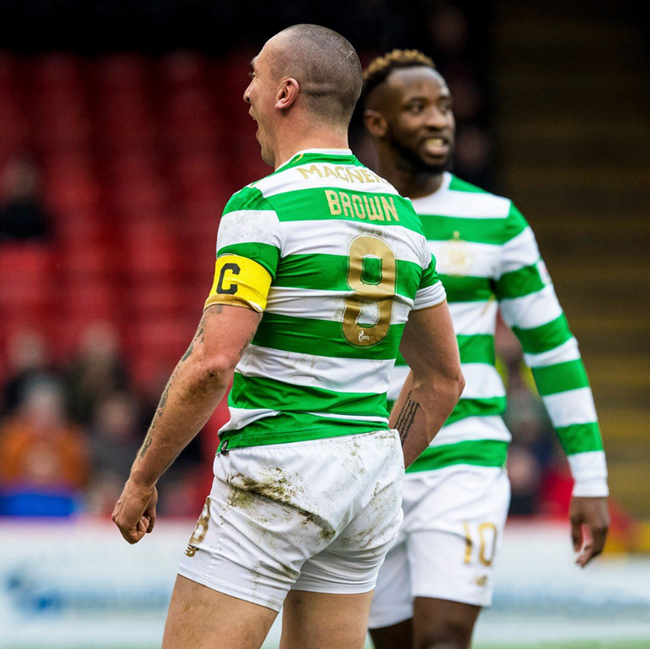 Celtic kept themselves on course for a seventh consecutive Scottish Premiership title with a 0-2 away win over Aberdeen on Sunday.

While the result was as formulaic as we’ve come to expect, the match did see Scott Brown produce a memorable bit of pantomime after being chopped down by not one, but two opposition players.

Indeed, after being hacked and swiped at twice in quick succession, the Bhoys skipper brushed off the agricultural attention by hamming it up to the home supporters…

Broony doing a stand-up impression of every day-release nutjob you ever dreaded playing against at Sunday League, even when he’s the one getting kicked up in the air.