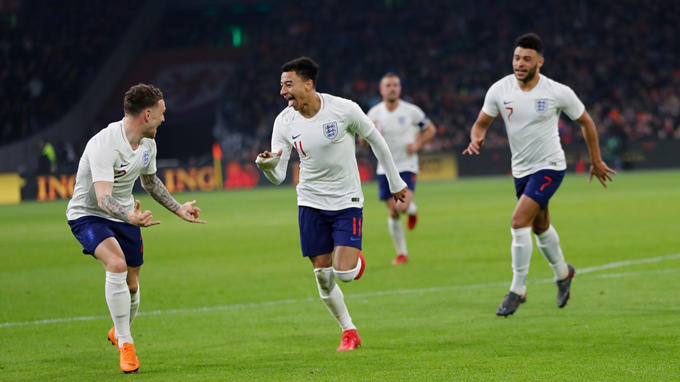 Jesse Lingard was the match-winner for England on Friday night, with the Manchester United midfielder scoring the only goal of the game against the Netherlands in Amsterdam.

England boss Gareth Southgate opted to exercise his right to experiment, starting with Kyle Walker on the right side of a back three and Kieran Trippier outside him at wing-back, while Marcus Rashford started up front.

While Ronald Koeman’s side offered little of note, the visitors were the better team throughout and eventually took the lead on 59 minutes, with Lingard firing past Jeroen Zoet in the Dutch goal from the edge of the box.

Overall, the Three Lions were well worth the win in a game they controlled for long periods.

In goal, Everton’s Jordan Pickford registered a second clean sheet in a row to strengthen his claim for a starting berth in Russia.

As for new Netherlands boss Koeman, he has a big job ahead of him in trying to get the once great Dutch back on track.