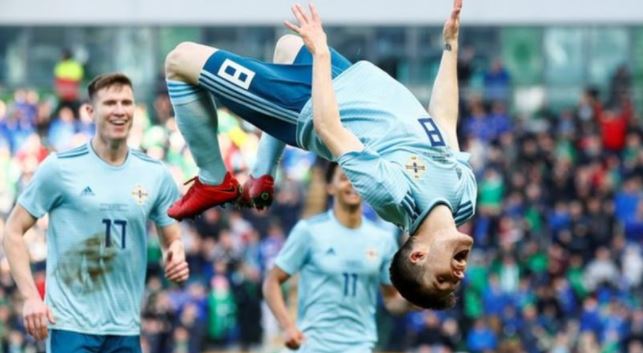 Paul Smyth marked his Northern Ireland debut with a late winner against South Korea at Windsor Park on Saturday.

South Korea, with Premier League stalwarts Son Heung-min and Ki Sung-yueng both in the starting line-up, took the lead on seven minutes, courtesy of a fine finish from Kwon Chang-hoon.

However, Northern Ireland drew level on 20 minutes, with Kim Min-jae putting through his own net after a clever free-kick from the hosts.

The game looked to be heading for a draw, but on 85 minutes, diminutive QPR attacker Smyth, a second-half sub, struck to give the hosts the win.

After the game, Irish boss Michael O’Neill was delighted for the 20-year-old match-winner, saying:

It is fabulous for the boy. He loved it, you could just see.

His enthusiasm is infectious and the boys love him. He’s a player with a big future, but he has to work hard.

Next up for O’Neill, Smyth and co. are Panama on May 29th  and the Costa Rica on June 3rd as they prepare for the start of the  Uefa Nations League in the autumn.