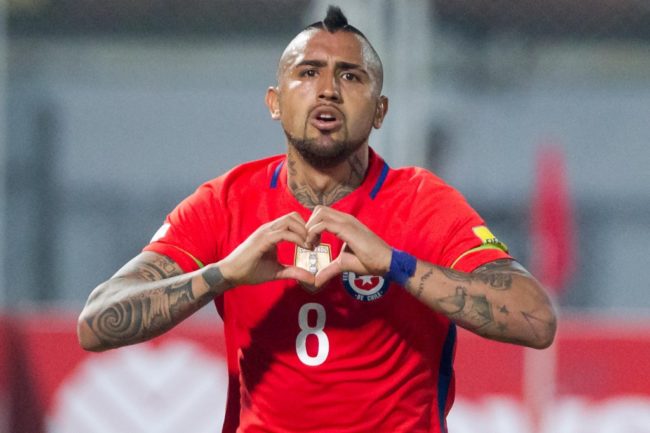 Despite failing to make it to the World CUp finals in Russia,  Chile are still quite a force to be reckoned with.

The Copa America champions ran out 2-1 winners away to Sweden on Saturday, courtesy of a last-gasp winner

However, the goal of the game came courtesy of Bayern Munich midfielder, Arturo Vidal, scoring via a wonderfully controlled effort on 22 minutes.

Positioning himself on the edge of the Swedish box, Vidal was in the perfect place to latch on to Alexis Sanchez’s cleared corner, producing an exquisite volleyed finish.

However, at the death, Chile would win the game, with Marcos Bolados firing home after Sanchez saw his shot saved.

Seems a shame that Chile will be missing from Russia this summer!