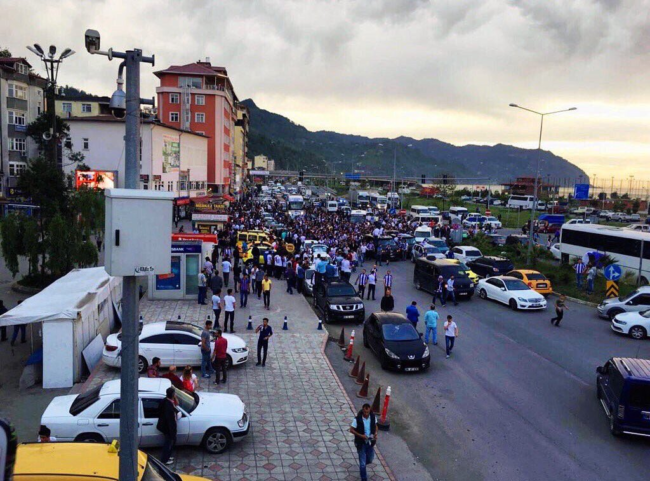 The “Hopaspor family” make their way to the stadium (Photo: @hopasporkulubu/Twitter)

With two weeks of the season left and the title on the line, it’s perhaps little wonder that Saturday’s Turkish Regional Amateur League clash between Artvin Hopaspor and Kars 36 Spor was a boisterous affair.

The fifth-tier game saw the league’s top two sides go at it in front of a passionate crowd in Hopa, with some daring fans even through health and safety regulations to the wind by clambering onto nearby building sites to get an elevated view of the encounter.

Consider this your warning: You might want to turn down the volume a couple of notches before pressing play…

The atmosphere in the Regional Amateur League match between Artvin Hopaspor and Kars 36 Spor when there are 2 weeks left for the end of the season.

🔸 Hopaspor became the leader with 1 point difference by beating their opponent with 2-0 score. pic.twitter.com/SVdDe4lx2k

For the record, Hopaspor pulled off a 2-0 victory on home soil that saw them leapfrog Kars to the top of the table with two matches left to play.