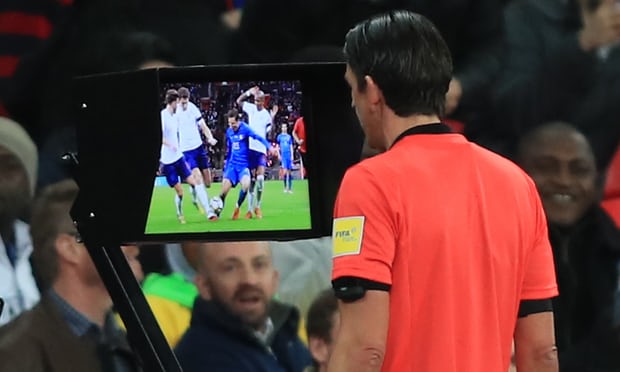 A late VAR-inspired penalty from Lorenzo Insigne secured a 1-1 draw for Italy against England at Wembley on Tuesday night, after a decent display from the hosts.

Raheem Sterling, in a floating role behind Jamie Vardy, impressed throughout but it was the Leicester man who would open the scoring for the Three Lions, blasting home after a smart, quickly-taken freekick from Jesse Lingard kept a counter-attack going.

Italy had chances to get back on level terms, with Ciro Immobile going close.

However, the hosts looked to have sealed a second friendly win in a row until the Italians spoiled it all with a contentious late equaliser.

The goal came on 87 minutes, after a VAR consultation from referee Deniz Aytekin rightly adjudged debutante James Tarkowski to have trodden on Federico Chiesa’s foot in the England box.

The contact, while looking accidental, was certainly enough to warrant a spot-kick in hindsight, which Napoli winger Insigne duly fired past Jack Butland.

Say what you like about the Video Assistant Referee, but it certainly adds a bit of extra drama to dull international friendlies.

While the Azzurri, who failed to qualify for Russia, are hardly the force they once were, Gareth Southgate should be somewhat satisfied with a decent display from his side, with Sterling the star man.