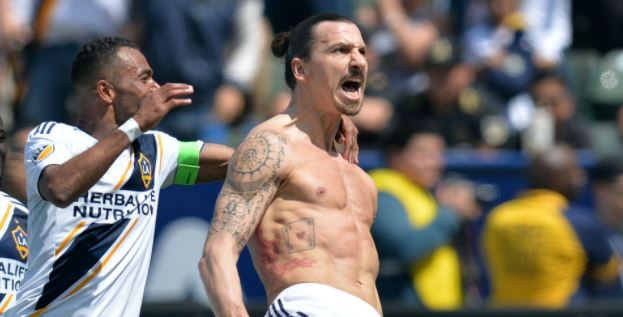 Never short of confidence, Zlatan Ibrahimovic marked his La Galaxy debut on Saturday night with a match-winning brace, including an outstanding 35-yard goal.

The former Manchester United man made his debut during the Galaxy’s 4-3 win over  LAFC in the first edition of the ‘El-Trafico’ derby.

Ibrahimovic, who made the trans-Atlantic move from Old Trafford just over a week ago, came off the bench on 71 minutes, with the score 3-1 to LAFC.

However, soon after the big Swedes’ arrival, the Galaxy would get one back through Chris Pontius.

Then, on 77 minutes, Ibrahimovic marked his arrival in true Hollywood style, latching on to a loose ball before launching an inch-perfect long-range rocket which sailed into the back of the net…

However, that wasn’t the end of it for the big man, who nodded home the winner in stoppage time in a truly memorable Stateside debut…

The game would end 4-3, with Ibra already making quite a name for himself in the USA.

We wouldn’t be surprised if the big man got himself a few movie cameos in the coming years either!