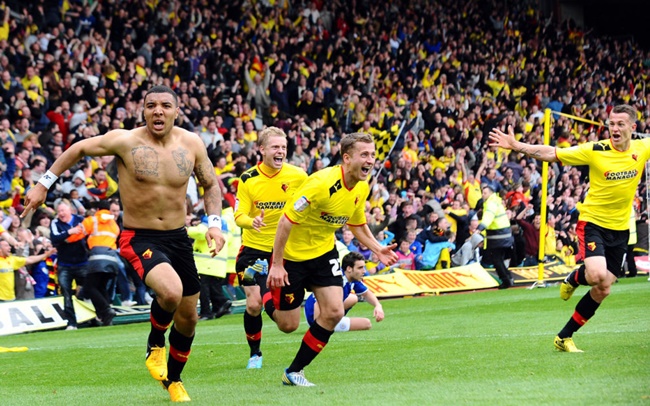 This very day marks the fifth anniversary of one of the finest examples of instant footballing karma ever to unfurl.

We are of course talking about the bewildering culmination of the 2013 Championship play-off semi-final second leg between Watford and Leciester City at Vicarage Road.

With the Hornets 2-1 on the day and the aggregate score locked at 2-2, the home side’s promotion dream looked to have been well and truly eviscerated when referee Michael Oliver (proving he’s long had a garbage bin for a heart) saw fit to reward an appalling, blatant Anthony Knockaert dive with a penalty in stoppage time.

However, fate had other plans, as Knockaert subsequently saw his cocky spot-kick and follow-up twice saved by Manuel Almunia, which launched Watford away on one last desperate counter-attack.

Less than 20 seconds later, Troy Deeney had thumped the ball past Kasper Schmeichel to send his team to Wembley.

If it mere medically possible, Pies would have that goal mainlined into our heart intravenously for the rest of eternity.

Seeing a cheater like Knockaert served such severe and immediate comeuppance is sweet, sweet bliss. 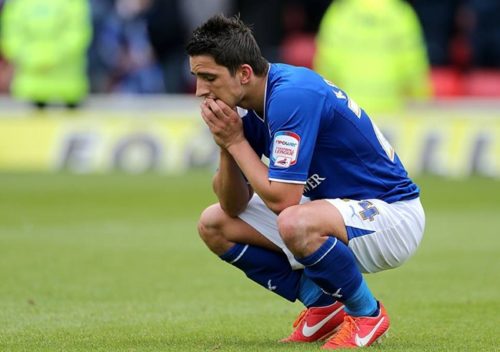