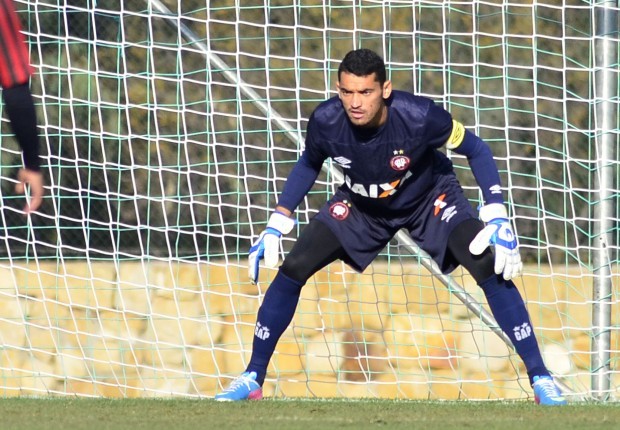 A strong social media presence has become a prerequisite for the modern footballer. However, at the weekend, Atlético Paranaense goalkeeper Santos took it all a stop too far, checking his phone during a game.

Santos decided to check his Tinder messages (possibly) during his side’s Brazilian Serie A clash with Atletico Mineiro.

The home fans behind his goals at the Arena da Baixada were understandably bemused by their keeper’s actions, although he did put the phone away when he sensed a bit of danger…

Bizarre. Although maybe it was a Whatsapp message from his manager?

Santos and co. would lose the game 2-1 to go 13th in the table, after five games, with victors Atletico Mineiro two places above them.