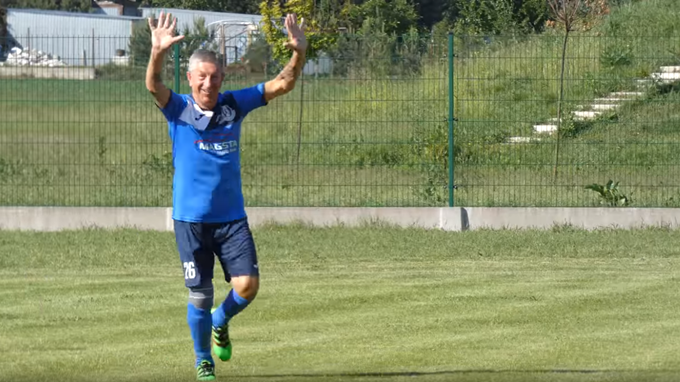 Given that he was born in February of 1947, it perhaps shouldn’t come as a surprise to learn that Hutnik Huta Czechy striker Bogdan Glabicki is officially the oldest person currently playing in the Polish football league.

Even more wonderful is the fact that Glabicki, at the age of 71, scored in his side’s 8-2 demolition of Sep Zelechow down in the Siedlce semi-pro regional division (sixth tier) on Sunday.

Indeed, Glabicki showed that time hasn’t withered his predatory instinct when he found himself in the right place at the right time to tap home from close range, just three minutes after coming off the bench…

The comfortable victory saw Hutnik Huta Czechy bolster their promotion push, with the club currently in second place with just four games of the season left to play.

Here’s hoping they pull it off, if only for their Golden Oldie impact sub.