With England on a high after reaching a first World Cup semi-final in 28 years, politicians have wasted little time in attempting to shamelessly leap aboard the ‘footy’ bandwagon.

Unfortunately, it’s not gone particularly well for the Conservative Party, who have mustered several attempts to muck in with the Dark Fruits-saturated hoi polloi despite clearly and obviously knowing bugger all about football or the culture that envelopes it.

It’s not yours. This doesn’t belong to you, you wonks.

This was most evident on BBC Question Time on Monday night, where Tory MP Claire Perry made a jaw-grindingly awkward gaffe while attempting to draw a comparison between Theresa May and England manager Gareth Southgate.

Forget the price of milk … Tory minister @claireperrymp thinks that Gareth Southgate managed the "British Lions" at the World Cup. Simultaneously very rude to our Scottish and Welsh brothers & sisters while laying bare her bandwagon jumping opportunism on #bbcqt pic.twitter.com/oIGKXsc7Go

In trying to pass herself off as human, Perry referred to the England team as the “British Lions”.

Beyond the obvious mix-up, it was a blunder made all the more painful by the fact that:

A) The British Lions are a rugby team e.g. a posho toff sport.

B) Scottish, Welsh and Northern Irish football fans might not be overjoyed about being banded together with the English.

It’s only the latest in a string of World Cup faux-pas involving major politicians.

There was the moment governmental gimp and Brexit bungler extraordinaire Boris Johnson decided to rain on everyone’s parade by tweeting after the win over Sweden:

It didn’t go down well, as the venemous replies to Johnson’s tweet suggest.

That wasn’t enough to perturb Boris though, as the hay-thatched ham joint returned to social media to offer a jolly ‘well done’ to the team after they lost to Croatia in the semis.

So proud of the team – they’ve done our country proud. Will come home to a much deserved heroes' welcome. 🦁🦁🦁 🏴󠁧󠁢󠁥󠁮󠁧󠁿

He was keen to stress how “proud” he was of the team – though the feeling is definitely not mutual.

Here they come: politicians jumping on the football bandwagon when it suits them. We all know you don’t give a monkey’s about the sport until you want to bask in any reflective glory. Bore off Boris. https://t.co/p96vcq6Etn

Still, there was one tweet far worse than anything Boris or any of the other Tory dullards managed – step forward David Cameron.

Not only did Cameron put the wheels in motion for Brexit before scarpering to the arse-end of nowhere, but the plummy goon also – as many true football fans are liable to do from time to time – entirely forget which team he supports. 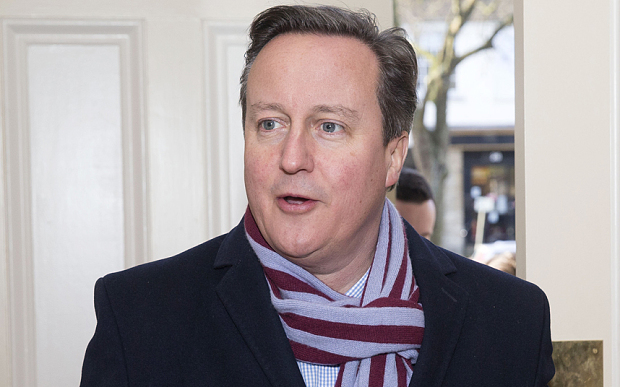 “Come on the Aston Martins, play up and a score a goal!”

Despite being a diehard Aston Villa fan from the age of 13, Cameron suffered a momentary switch of allegiance when he told the Tory Conference he supported West Ham.

Given his clear lack of ability to even feign interest in such a working class pursuit, you’d think the former Prime Minister would preserve his low post-referendum profile, but no – he couldn’t help popping his gammony jowls above the parapet to congratulate the *checks notes* England team on *checks notes again* doing so well at the *checks notes for a third time* World Cup.

Well done @England on the fantastic achievement of reaching the #WorldCup semi-finals. It wasn’t to be this time, but you played like lions and made us all so proud. 🦁🦁🦁#ThreeLions

To be clear: there’s no issue with politicians genuinely liking football.

The issue here lies with the ones who are just masses of writhing, scaly tentacles in human skin suits, pretending to like football in order to assimilate themselves within society.