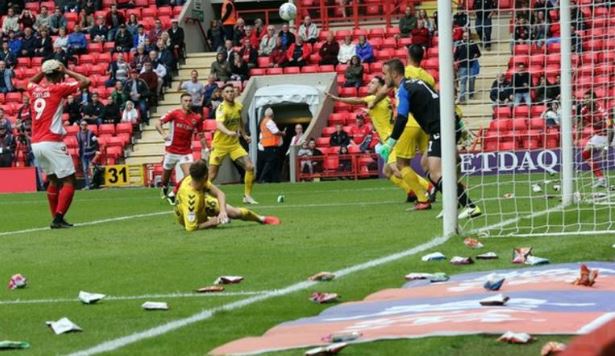 Charlton Athletic threw crisp packets onto the pitch during the Addicks’ League One clash with Fleetwood at the Valley on Saturday, in protest at club owner Roland Duchatelet.

The Charlton faithful have launched a number of protests against the Belgian businessman during his four and a half years in charge, including throwing a load of plastic pigs onto the pitch in 2016. 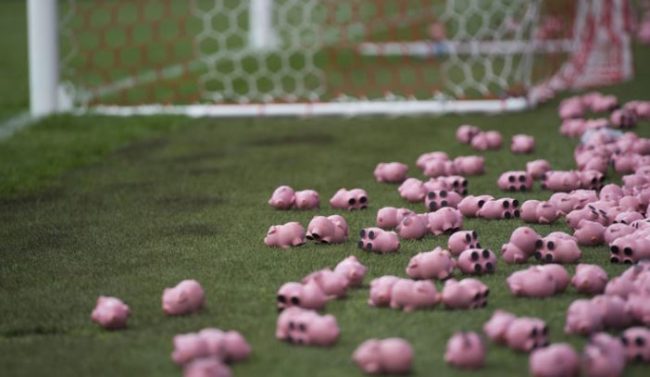 However, money saving cutbacks overseen by Duchatelet, have now seen club staff missing out on bonuses.

The staff are also reported to have been banned from eating lunch at their desks to keep their offices tidy after cleaners had their hours reduced move the fans to turn to the humble crisp as a weapon of protest.

Hurling hundreds of crisp packets onto the pitch after kick-off on Saturday, the disgruntled fans caused the game to be stopped while the offending snacks were cleared from the playing surface…

Crisps are on the pitch in a protest at the owner Charlton Athletic #card #cafc #protest #efl #walkerscrisps @GaryLineker pic.twitter.com/XFDnfNp96N

The game is halted here at The Valley after 20 seconds as hundreds of bags of crisps have been thrown on the pitch as #cafc fans protest against owner Roland Duchatelet pic.twitter.com/QMxgXKXMO9

As for the game itself, it would end goalless, with the Addicks now in 14th spot in the table, eight places below Fleetwood. 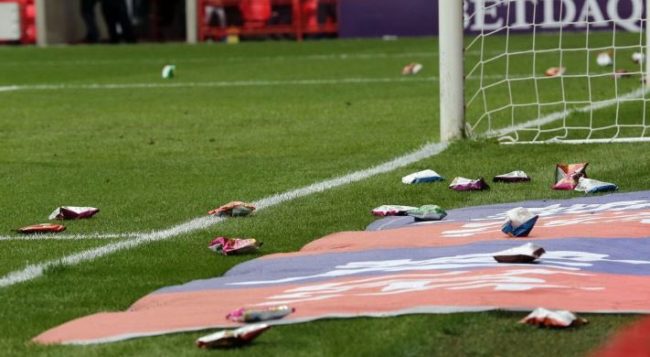 The EFL is now expected to meet with both the club and the supporters’ trust in an attempt to help sort out the situation.