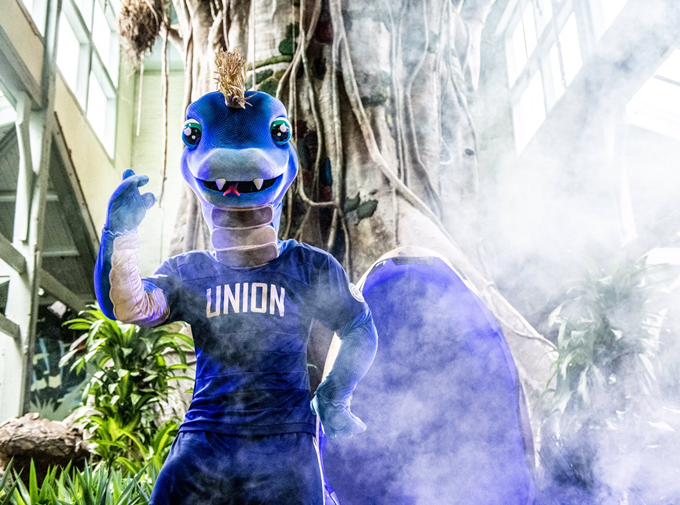 Philadelphia Union have a new club mascot – their first ever – which they’ve slightly curiously chosen to unveil with eight games of the regular MLS season left.

Phang is a large, blue (four-limbed) snake with a glorious golden mohawk and a love for all things Union.

He was hatched from a glowing egg at Philly Zoo on Monday, much to the delight of the local schoolkids who were corralled and forced to bear witness…

The Philadelphia Union’s new mascot is a blue snake with a gold mohawk. Meet Fang the soccer fan pic.twitter.com/ZOXmC6xG84

It all began a few weeks ago when Union planted a small golden egg in a local grocery store. The egg was then discovered by a young fan who, as instructed, delivered it to the zoo.

The egg was then cared for by the team at Philly Zoo where, week by week, it grew to five times its original size before hatching in front of the aforementioned supporter and his young chums.