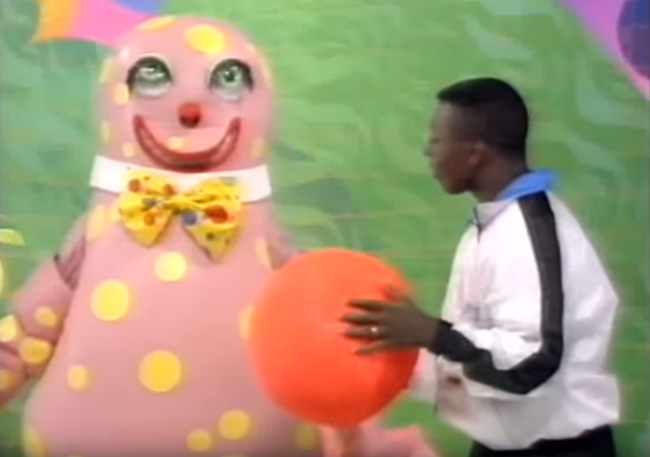 The year was 1993 and Garth Crooks, seen here before he became a mainstay in the Final Score studio, cuts his teeth as a budding coach by trying to instil just a sliver of his deep and boundless footballing acumen into Mr Blobby.

Often working in cahoots with Noel Edmonds, Mr Blobby was a Saturday tea-time staple on British television in the early 1990s, though nobody can quite remember how or why. Looking back, there was definitely something demented and laughter-free about his presence.

Anyway, what follows is basically six or seven minutes of Crooks desperately pretending to guffaw uncontrollably while a man-sized blancmange deliberately knocking things over in a segment that is far too long to be even approach being slightly amusing.

If that doesn’t sell it to you, we honestly don’t know what will…

Crook’s often bewildering world-view when it comes to all things football suddenly makes much more sense.