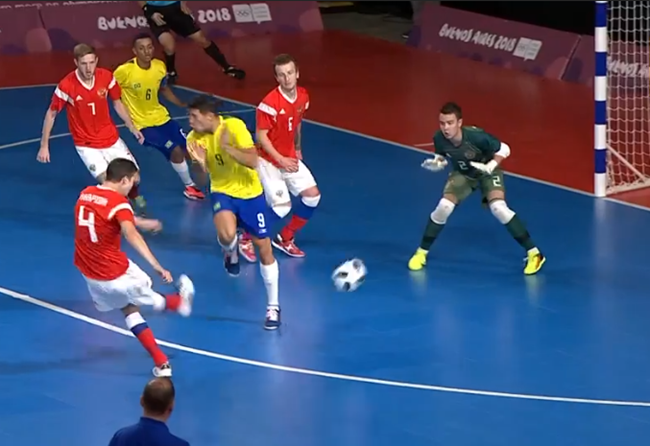 Brazil emerged with the gold medal at the Youth Olympics Futsal tournament in Buenos Aires on Thursday by beating Russia in their final match.

The scoring was opened early, when Russian defender Danil Karpuik scored a fantastically emphatic own-goal in the very first minute.

The still image above shows the precise ‘chance’ that Karpuik managed to convert, rocketing a frankly staggering finish past his own goalkeeper to put Brazil ahead…

What. Was. He. Thinking?

Obviously, Karpuik’s fearsome strike got Russia off to the worst possible start as his side eventually succumbed to a heavy 4-1 defeat.