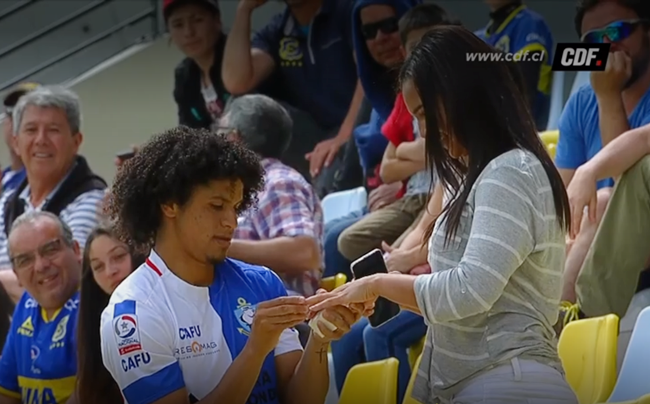 Over in the Chilean league, Antofagasta striker Eduard Bello pulled out an incredibly fancy goal celebration after finding the net against Everton on Sunday.

The 23-year-old took just two minutes to open the scoring and promptly marked the feat by haring past the dugout, picking up a little box, clambering up into the crowd and getting betrothed to his girlfriend in front of a stadium full of people.

If you’re wondering whether or not Bello was booked by a killjoy referee after re-emerging on the pitch then we can confirm that, yes, yes he was.

The Venezuelan forward scored again shortly before the interval, thus almost certainly making him the first player ever to score two goals in one match either side of getting engaged.

Unfortunately, an injury saw his afternoon come to a premature end in the 70th minute before Antofagasta went on to succumb to a late 3-2 defeat.