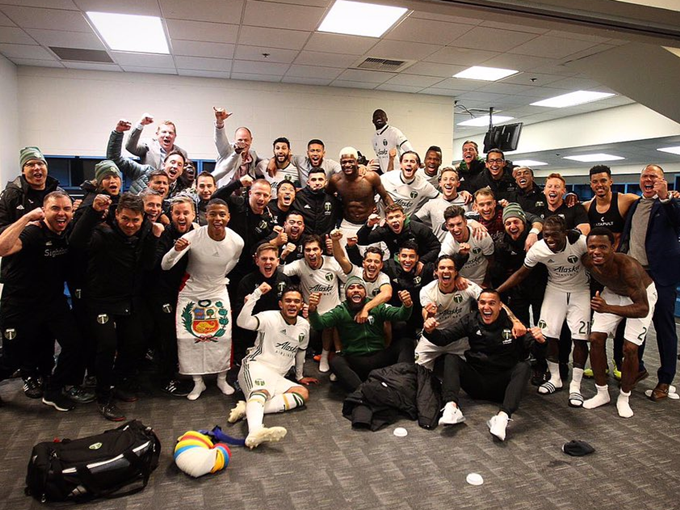 There were ever so slightly cringe-inducing scenes at the end of Thursday night’s MLS playoff clash between northwestern rivals Seattle Sounders and Portland Timbers.

When the full-time whistle went at the end of extra-time, several Timbers players dropped to their knees, threw their hands to the sky and huddled in celebration after reaching the Western Conference final, or so they thought.

Unfortunately, what they’d actually done is lost 3-2 on the night, meaning that the score was level at 4-4 on aggregate and, as such, a penalty shootout was inbound.

How embarrassing. Images of Olivier Giroud and Francis Coquelin having to sheepishly ask fans to give their shirts back instantly spring to mind.

Timbers did eventually manage to spare their own blushes by emerging from the shootout victorious, but you have to wonder how none of the players, coaches or technical staff had a clue what the overall scoreline was.

Liam Ridgewell’s brave boys will now face Real Salt Lake or Sporting KC in the western final, who are set to resolve their two-legger on Sunday evening.