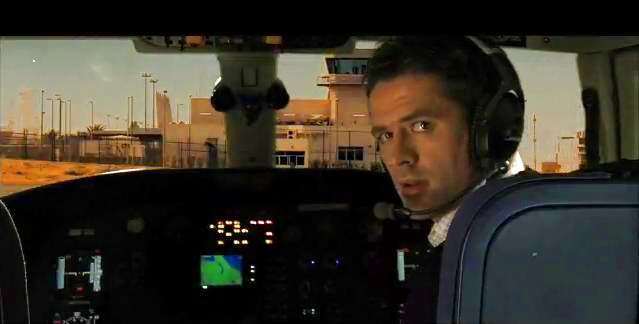 “This is your pilot speaking. Please try to refrain from leaping to your demise while I monotonously narrate a full day-trip around Dubai in real time”

Michael Owen has never been one to shy away from a cringe-inducing celebrity endorsement or three.

Who could forget his spine-tingling virtual reality helicopter tour of Dubai? Or the time he was hired by injury solicitors Gowling Law as their first all-wooden brand ambassador?

Now, on the day Newcastle finally broke his old transfer record, Owen has put pen to paper on an entirely different kind of deal.

With Joe Cole tacked on for good measure, the ex-England pair announced their very own ‘deadline day switch’… to Huawei mobile.

What follows is just over a minute of painfully dry acting and often-trotted clichés, as the pair discuss their “big decision” to change mobile providers.

I’ve made some big switches in my career, but this one with @HuaweiMobileUK has been easier than most….
The kit is fantastic!#MakeTheSwitch #DeadlineDay #Adhttps://t.co/jicBcl6e9h pic.twitter.com/2ZhmJiT9wv

It’s meant to sound like they are announcing a big move to a new club, except the tweet’s accompanying caption and insistence on @-ing Huawei kind of punctures any potential pretence.

There’s also the unfortunate truth that neither of them can convincingly portray professional footballers, despite spending the majority of their lives working in that precise field.

At least Cole is able to emote like a human being, as opposed to Owen, who gives the impression of a chronically dull man parroting lines while letting his imagination wander to which colour Range Rover he intends to buy with the proceeds: Titanium grey or Polished silver.

Owen’s efforts are further undermined by the fact that he appears to have tweeted out his decision to switch to a Huawei phone from his Apple iPhone.

In the immortal words of Neville Southall: “Yeah, nice one Michael.”