What they actually ended up with is Tiburon Willy (Willy the Shark) who, while not being overly vicious, is certainly not an anthropomorphic fish bound by any social conventions.

Willy’s aggressive gyrations, humping and power-thrustage have got him into trouble on several occasions in recent years, with opposing fans and teams not taking kindly to his unique brand of partisan rabble-rousing.

Indeed, he was fired by the club in 2009 for besmirching the shirt of a rival team immediately after a match, first ‘ravaging’ it with his teeth before using it to, well, just watch the video…

Basically, Willy was – and may well still be – a bit of a pest.

To think, just a few decades ago, he was essentially just an elaborate cardboard hat. 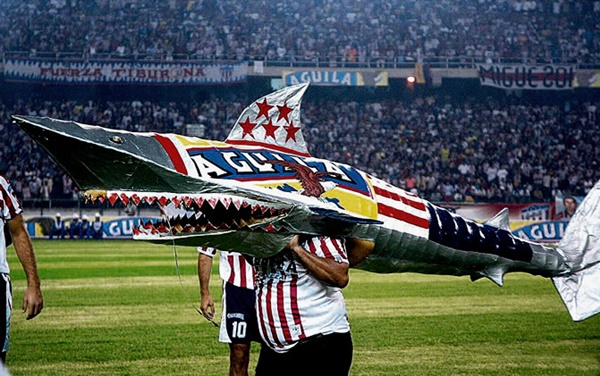