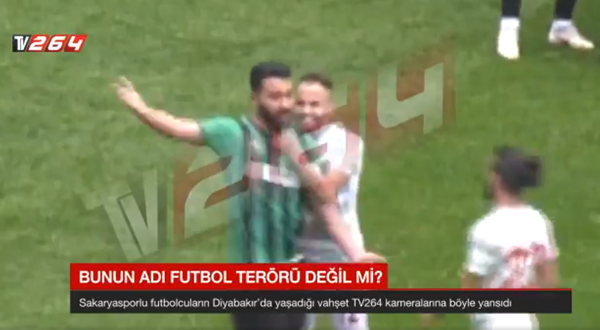 There were scenes of a borderline psychopathic nature in the Turkish third tier this past weekend when Amedsporlu (better known as Amed SK) met Sakaryaspor.

While the match ended in a 1-1 draw, it was more notable for the unhinged behaviour of Amed midfielder Mansur Calar, who was caught on camera deliberately slashing and hacking at his opponents with a hidden razor blade.

Indeed, the 33-year-old appeared to grin and grimace as he repeatedly cut and jabbed Sakaryaspor players in the most sneaky, cowardly fashion imaginable…

Amedsporlu Mansur Player, Sakaryaspor hiding in the hands of his razor came out and injured the opponent team players @TFF_Org pic.twitter.com/QHhal7r14n

After the final whistle, Sakaryaspor player Ferit Erisci took to Instagram from inside the dressing room to document some of the wounds both he and a couple of his teammates had sustained… 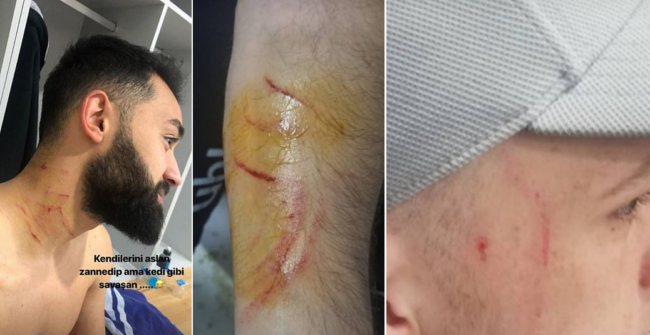 “These players who are allowed on the field, I hope you’ll see them,” Erisci wrote while taking care to tag the Turkish Football Federation into the caption.

According to the Daily Mail, Amed SK since issued a statement in which they claimed that the accusations being made against Calar are false and that the midfielder did not take a blade or sharp object onto the pitch specifically to harm opposing players.

The moment of the attack on our locker room and the moment of Sertac hocaya attack @TFF_Org pic.twitter.com/S3PxFhUKsT

The club also shared footage on social media of a livid mob of “rivals fans” attempting to storm the Amed dressing room after the match – conduct Amed chairman Nurullah Edemen reportedly denounced as “ugly, disgusting” and of an “immoral nationalistic [attitude]”, according to Kurdistan 24.

The relevant authorities are still deciding exactly what to do with Calar in terms of punishment, but as far as Pies are concerned (not very, granted) a lifetime ban from football should be a minimum.