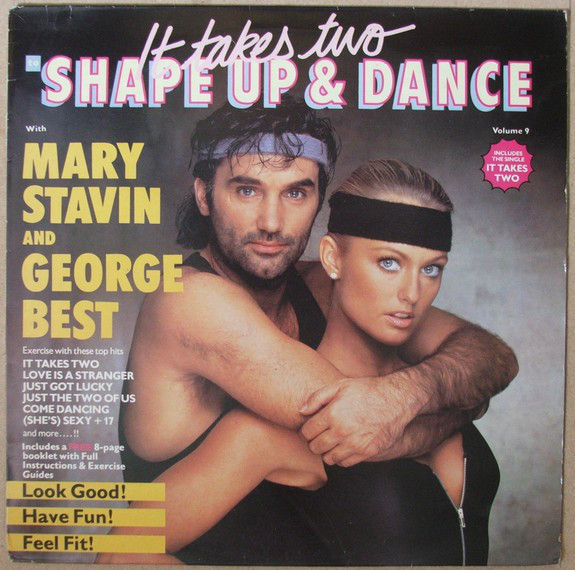 Come the mid-Eighties, the great George Best was 38-years-old, bedraggled and very much in the very final throes of his professional football career.

Bankrupt, mired in alcoholism and increasingly desperate to alleviate his debts, Best spent 1983 and 1984 making token appearances at several clubs around the world in exchange for fat pay packets.

He was reportedly paid £25,000 to play in Australia for three weeks, during which he made a smattering of less-than-stellar appearances for Brisbane Lions and Osborne Park Galeb without scoring a single goal and basically limiting himself to playing a few basic passes and taking corners when called upon.

Despite it all clearly being little more than publicity stunt, Best’s presence in the Australian National Soccer League failed to pull the crowds in and he soon returned home to Northern Ireland (via Nuneaton Borough) to play one final game, the last of his storied career, for Tobermore United: a crushing 7-0 home defeat against Ballymena. 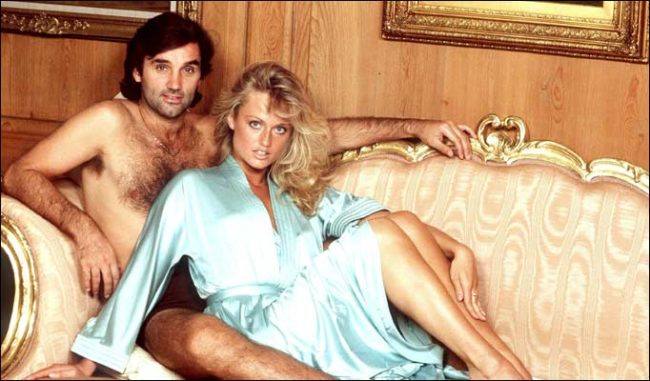 Thankfully, the fading star still had other irons in the commercial fire and, with a little cajoling from his then-girlfriend Mary Stavin (a former Miss World), Best summoned up the inclination to produce an aerobic fitness album in an effort to cash in on the Eighties fitness boom.

As you may be able to glean from the LP cover, ‘It Takes Two: Shape Up & Dance’ was an odd compilation and, while you may assume that Best’s involvement didn’t extend far beyond a lavendar headband and a lycra-clad photo shoot, he was actually allowed to ‘sing’ on one track.

The esoteric track-listing is worth of note, with the album including a few original pop-lite compositions interspersed with weird, high-energy dance reinterpretations of songs by Bill Withers, the Eurythmics, the Kinks and the Stray Cats… 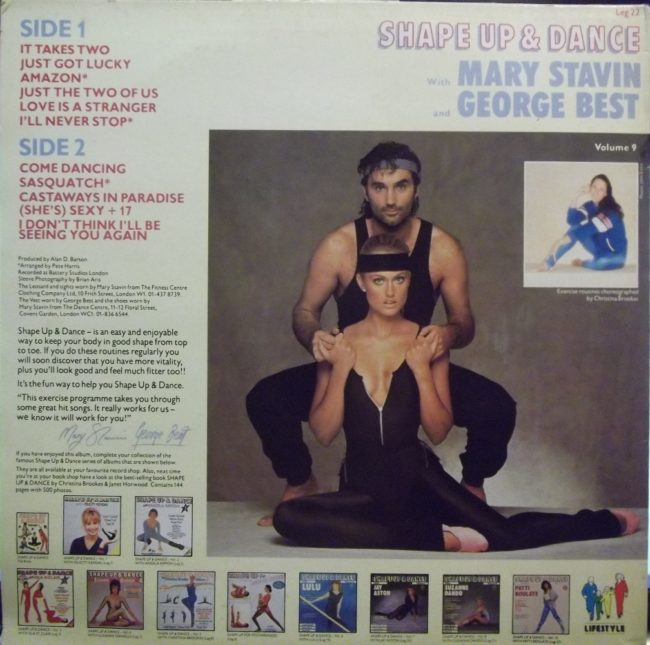 Best and Stavin’s album was part of a full ‘Shape Up & Dance’ series, with other figureheads including BBC news reader Angela Rippon and ‘Good Life’ actress Felicity Kendall.

Here’s the title track – a frankly dreadful butchering of a soul classic, laced with era-appropriate synth nonsense and Best’s wavering voice being so heavily processed that they may as well have stuck a ZX Spectrum in front of the mic…

You’ll be glad to know that the producers only had Best warble over the first song, with the rest of the tracks just featuring him and Stavin honking out vague fitness regime instructions at random intervals.

All in all, hardly a classic of the genre – or of any genre, for that matter.