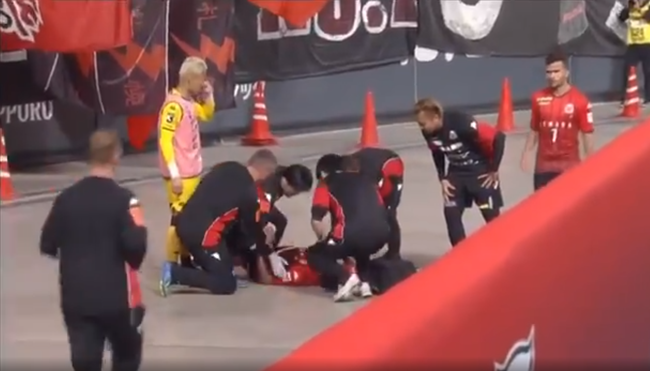 As you can probably tell from the image above, Anderson Lopes’ attempts to celebrate his first goal for new club Hokkaido Consadole Sapporo didn’t exactly go to plan.

The Brazilian striker made his debut at the Sapporo Dome on Saturday, scoring four goals in a 5-2 win over Shimizu S-Pulse.

However, after getting off the mark from penalty spot, Lopes failed to clock the massive 10-foot drop as he went a-leaping over the advertising boards…

Other than the wounding of his pride, the tumble didn’t seem to have too much of an effect on Lopes, as the 25-year-old went on to score three more goals in the space of just 25 second-half minutes.

We can only assume he limited his celebrations to a cordial handshake shared among teammates.