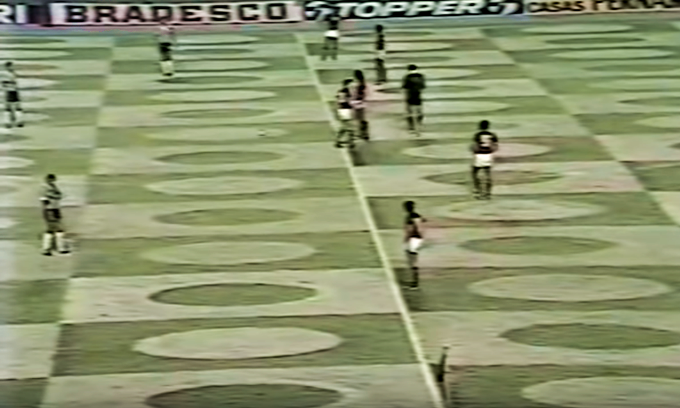 After Flamengo and Atletico Mineiro finished level on points in the 1981 Copa Libertadores group stage, it went down to the head-to-head record between the two sides as to which would qualify for the next phase.

Unfortunately, the two teams had drawn 2-2 in both of their group ties, meaning that a play-off decider at a neutral venue was called for.

Even more unfortunately, CONMEBOL duly selected the Estadio Serra Dourada in Goias – neutral, but also home of the most disorientating, nausea-inducing playing surface in the whole of footballing history…

Perhaps hypnotised by the horribly bewildering turf, Atletico had no less than five players sent off in what was a fairly despicable match, with Flamengo declared the winners by default.

Horrendous scenes. When it comes to pitch markings, we’ll take perfectly-etched foxes’ heads any day of the week.